Quantum dynamics is not strictly bidivisible

Decoherence of quantum systems is described by quantum channels. However, a complete understanding of such channels, specially in the multi-particle setting, is still an ongoing difficult task. We propose the family of quantum maps that preserve or completely erase the components of a multi-qubit system in the basis of Pauli strings, which we call Pauli component erasing (PCE) maps. For the corresponding channels, it is shown that the preserved components can be interpreted as a finite vector subspace, from which we derive several properties and complete the characterization. Moreover, we show that the obtained family of channels form a semigroup and derive its generators. We use this simple structure to determine physical implementations and connect the obtained family of channels with Markovian processes.

Fuzzy measurements and coarse graining in quantum many-body systemsWe provide a framework to construct fuzzy and coarse grained quantum states of many-body systems using quantum maps that account for limitations in the resolution of real measurement devices. The first set of maps handles particle-indexing errors, while the second deals with the effects of detectors that can only resolve a fraction of the systems particles. Fuzzy and coarse grained maps are simply related via a partial trace, what allow us to concentrate on the properties of the former. We fully characterize its symmetries and in turn identify its invariant spaces, and show that the volume of the tomographically accessible states decreases at a double exponential rate, indicating the inability to read and use information of a many-body quantum system. We apply these maps to the study of entanglement generation and propagation in a spin-1/2 XX-chain.

We study one-mode Gaussian quantum channels in continuous-variable systems by performing a black-box characterization using complete positivity and trace preserving conditions, and report the existence of two subsets that do not have a functional Gaussian form. Our study covers as a particular limit the case of singular channels, thus connecting our results with their known classification scheme based on canonical forms. Our full characterization of Gaussian channels without Gaussian functional form is completed by showing how Gaussian states are transformed under these operations, and by deriving the conditions for the existence of master equations for the non-singular cases. We show that although every functional form can be found in the vicinity of the identity, one of them does not parametrize unitary channels.

We study quantum processes, as one parameter families of differentiable completely positive and trace preserving (CPTP) maps. Using different representations of the generator, and the Sylvester criterion for positive semi-definite matrices, we obtain conditions for the divisibility of the process into completely positive (CP-divisibility) and positive (P-divisibility) infinitesimal maps. Both concepts are directly related to the definition of quantum non-Markovianity. For the single qubit case we show that CP- and P-divisibility only depend on the dissipation matrix in the master equation form of the generator. We then discuss three classes of processes where the criteria for the different types of divisibility result in simple geometric inequalities, among these the class of non-unital anisotropic Pauli channels.

The concept of divisibility of dynamical maps is used to introduce an analogous concept for quantum channels by analyzing the \textit{simulability} of channels by means of dynamical maps. In particular, this question is addressed for Lindblad divisible, completely positive divisible and positive divisible dynamical maps. The corresponding L-divisible, CP-divisible and P-divisible subsets of channels are characterized (exploiting the results by Wolf et al., Comm. Math. Phys., 279(1):147-168, 2008) and visualized for the case of qubit channels. We discuss the general inclusions among divisibility sets and show some equivalences for qubit channels. To this end we study the conditions of L-divisibility for finite dimensional channels, especially the cases with negative eigenvalues, extending and completing the results of Phys. Rev. Lett., 101(15):150402, 2008. Furthermore we show that transitions among every two of the defined divisibility sets are allowed. We explore particular examples of dynamical maps to compare these concepts. Finally, we show that every divisible but not infinitesimal divisible qubit channel (in positive maps) is entanglement-breaking, and open the question if something similar occur for higher dimensions.

We study the behavior of non-Markovianity with respect to the localization of the initial environmental state. The “amount” of non-Markovianity is measured using divisibility and distinguishability as indicators, employing several schemes to construct the measures. The system used is a qubit coupled to an environment modeled by an Ising spin chain kicked by ultra-short pulses of a magnetic field. In the integrable regime, non-Markovianity and localization do not have a simple relation, but as the chaotic regime is approached, simple relations emerge, which we explore in detail. We also study the non-Markovianity measures in the space of the parameters of the spin coherent states and point out that the pattern that appears is robust under the choice of the interaction Hamiltonian but does not have a KAM-like phase-space structure.

We construct measures for the non-Markovianity of quantum evolution with a physically meaningful interpretation. We first provide a general setting in the framework of channel capacities and propose two families of meaningful quantitative measures, based on the largest revival of a channel capacity, avoiding some drawbacks of other non-Markovianity measures. We relate the proposed measures to the task of information screening. This shows that the non-Markovianity of a quantum process may be used as a resource. Under these considerations, we analyze two paradigmatic examples, a qubit in a quantum environment with classically mixed dynamics and the Jaynes-Cummings model. 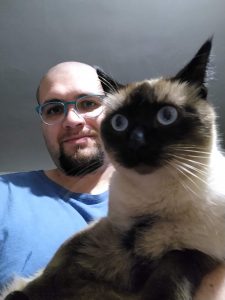